Featured in the May 2021 Issue of The Open Doors Review as a parallel text. To read the Italian, click here.

Pietrina Salvatici Misciattelli Bernardini was born in Orbetello, in Tuscany, in 1933. She grew up between Greece and Italy with her parents and three siblings. Moving frequently between these countries was fundamental for her development, but also a reason for a deep nostalgia which would never leave her. Having survived World War II with her family, she resided in Sardinia after the war. There she met the love of her life, Gregorio Misciattelli Bernardini, heir to an aristocratic Umbrian family. With him she experienced feelings unlike ever before. This unfortunately included the fear of not being accepted due to the rigid social protocols of the aristocracy, which demanded for Gregorio a wife of the same social class. But, like in any self-respecting fairy tale, a happy ending was ultimately in the cards, and the two lovers were able to live out their great love. Pietrina lives today in Umbria with her four children, ten grandchildren, and two great-grandchildren.

The following excerpt is taken from a memoir she wrote in 2014, translated by Ellen Craig.

Often you come to take a swim at the tidal pool. You feel old, inadequate, you want desperately to insert yourself in the exuberance of those young friends. It’s tough, even though the divide between your age and theirs is minimal. For them the past is a refuge, while for you it is an abyss of pain. The future is reduced to the immediate; tomorrow is an unknown.

One morning, like so many others, the sky is clear, the silver flight of the mullets ever present. You struggle to place your feet on the razor sharp seashells, like thoughts held with difficulty so as to not run over into painful memories. Behind you, you hear a tentative and unsure step, a ‘Ciao’ barely whispered, and quickly, you turn. A small figure is there, harmonious in her hint of a timid smile behind a cascade of blonde hair concealing and hiding her face at every rush of wind.

You rise and shake her decisive hand, while the voice of Attico says, ‘Piera, this is my new friend Gregorio.’

You don’t look at me and I don’t want to look at you either. I actually ignore you completely and continue to stare at a point out in the distance. You feel old, and I small and childish. Aware of my beauty, I feel that I represent all that you would like to dream of, but also all that you cannot aspire to. You have nothing to offer me, you feel you are simply a shell from which life has stripped your heart and dreams.

Nevertheless these are tranquil days. We pass them with quarrels, frowns and laughs, suppressed instincts, actions that are kind but deliberately emotionless, interwoven with prolonged silences. You hold back the longing to run and meet me when you see me arrive. Your gaze turns toward the acrobatics of the mullet fish as you process an internal struggle to not rest your gaze on me, and you succeed only with difficulty. You strain to respond to my questions with light sarcasm, concentrating fully on smothering your desire to caress my hair.

In the mornings you wait for the moment when you can see me again. But when I arrive, you create any artefice possible so as not to seem who you actually are, a man thirsty for love, hungry for dreams and hopes. You turn desperately to any kind of logic.

It seems to you that I deserve a different life from what you might be able to offer me – hopes, a certain future, a life which you, in your condition, cannot guarantee me. You wallow in a jealousy masked as total indifference. You feel dislike for our friend Enzo, handsome and sculpted, kind and affectionate. Also for Piero, thoughtful and loyal, you believe that he overshadows you with his calm steadfastness, his dedication.

We go for outings in the boat, joking around. And then the total capitulation, unconditional surrender to a sentiment, that, despite your determined wishes and your arguments full of rigid logic, has proclaimed victory.

You declare to me your feelings and the reasons you wanted to hide them, camouflaging them under an exasperated indifference. What a useless effort! How many days lost! But I smile at you and I say now and for always, ‘I am also in love with you.’

How many times, in our long life together, did we remember this moment and those happy days? Continually, as if it were today.

Long walks together in Cagliari – our preferred place was the botanical garden. You would show me the vast variety of plants and when you spoke to me of the wondrous properties of the soil, emotion weakened your voice. You told me about your lands that were no longer yours, of your world, of your green region Umbria, and slowly, on tiptoe, I entered into your life.

I knew that your past had marked your character forever. I was aware that to live with you would have been a back and forth between infinite heights and painful falls. But it didn’t matter where or how, I wanted only to share my life with you, to sense the protection and love you gave me. I was certain that I would never again experience a love so great.

You took me to meet your parents. Your father was friendly and smiling. Your mother, Ada, however, was too courteous. Too friendly, too everything. She was enveloped in a sense of coldness and the forbidden. She was an invisible enemy that I wasn’t able to recognize. We were from different worlds, hers was a propriety forged over the centuries.

I was 18 years old, and I believed that the world was mine, that I had free license. But it was not to be, none of this was to be. In that world I was rejected. I wasn’t good enough. I didn’t have illustrious ancestors or an important surname. I was equipped only with infinite true love – far too little.

Our love was obstructed. Families from your world were deaf to our feelings. Traditions and ambitions were what counted, marriages were arranged and reasoned based on borders and adjacent properties. I became, despite myself, the protagonist in a feud against true love.

Ours was a powerless rebellion. You tried to reassure me, with a hope that even in you was wavering, ‘You will see, everything will work out, I will be able to convince them that you are the most important thing to me, I will never give up on you, they will need to understand…’

How many words, how many hopes crushed as soon as they were born, how many days seeking a path forward. And then suddenly, but clearly well planned, your reentry to your Region of origin, Umbria. Even a great love cannot compete against the intricate schemes put in place by master strategists. Those strategists who, in their own lives, had put aside their own sentiments for practical benefits with important family names, nobility, obligations, and reassembling ruined fortunes with marriages crafted simply to enrich holdings and traditions.

Your departure was marked by an agonizing goodbye, as if a farewell. Your hand that dried my tears, your voice that whispered, ‘I beg you, my love, I will speak with my aunts and uncles, I will convince them. Wait for me, we will make our dreams come true, we will get married, we will live forever together, wait for me.’

How many battles they waged in a war of self-interest, an aristocratic title, too many logical reasonings – ancient ones – against a boy and a girl armed only with infinite love. But only love.

In those days, proprietal conveniences won. Your family convinced you that you couldn’t offer me anything – it was a tactic befitting the most cunning of minds. They piled on responsibilities that were bigger than you. They folded in your sense of guilt for the destruction of the golden world that no longer existed, and enhanced the desperation in believing it was better to clip my wings rather than to pursue a love without a future.

Perhaps at first it was the distance. Then the letters that were always more sporadic, some sent but never arriving, the anguish always deeper. Then my first doubts. The certainty that this had become a one-way love was followed by a dark resignation, and finally by the belief that one does not enter into Paradise if one is not wanted there.

I had glimpsed Paradise, but all that remained with me now was the dream of it, and my imagination of what it might have been like to truly enter and live my life there. 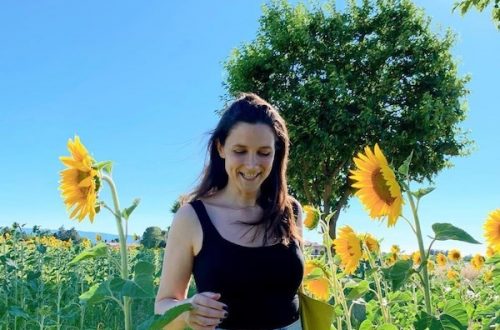 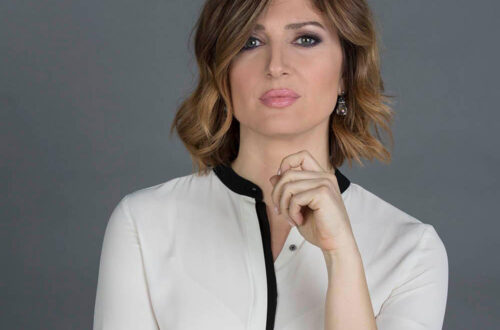